We look at the situation under English Law and consider the options available:

Where events occur that result in a situation fundamentally or radically different from that which was in the contemplation of the parties when the contract was made, and where it is not due to the fault of either party, then the English law doctrine of “frustration” may apply.  If successful it will allow the contract to be automatically discharged so that the parties are no longer bound to perform their obligations. In practice this doctrine is rarely available and the courts have confirmed that the circumstances where it can be invoked are narrow. A successful claim would normally require the parties to demonstrate something akin to “impossibility” of performance in order to find that frustration has occurred, and this is a high hurdle.

In practice this hurdle might be overcome where there is the existence of a supervening event like COVID-19. For example, where this impacts on the performance of the contract within a particular time, the insolvency of a prescribed or nominated supply chain member whose product cannot be substituted, or performance in a region that is under state-imposed lockdown due to COVID-19 exclusion zones. But English courts have a high level of resistance to the doctrine of frustration and it is often avoided on principle grounds that the Courts do not want to “open the door” to these types of claims. So it seems that a claim relying on the doctrine of frustration is likely to be very difficult.

That being said, each case must be looked at on its merits and each contract on its own terms.

A party may look to rely on a Force Majeure clause, assuming there is one in the contract. A Force Majeure clause, if it applies to the event in question, will excuse one or both parties from performance of the contract in some way following the occurrence of certain specified events. The concept works on the basis that on the occurrence of certain events which are outside a party’s control, that party should be excused from, or entitled to suspend performance of all or part of its obligations. In addition, that party will not be liable for its failure to perform the obligations.

The term itself, deriving from French law, has no recognised meaning under English law. Usually such a clause will set out a list of acts, events or circumstances which are to be treated as beyond the reasonable control of the party or parties concerned. It is important to point out that under English law such clauses are interpreted strictly. Typically, these clauses will include references to: “acts of god” (such as earthquakes or tsunamis) and certain acts of man of a disruptive and unforeseeable nature, including for example strikes and industrial action. Some Force Majeure clauses do include references to acts of political interference (which may well assist if there was to be a government decision or administrative action preventing performance - see further below). It is however unlikely, given its relatively recent appearance, that COVID-19 will be specifically referenced in such a clause although some Force Majeure clauses might reference a “disease”, “epidemic” or “pandemic” and that type of reference might prove helpful. In the absence of such a specific reference to a trigger event it is unlikely that the Force Majeure clause will assist.

Even if the parties were able to demonstrate that the COVID-19 epidemic is specifically covered as a Force Majeure event, either through specific reference (unlikely) or by implication, there are still a number of requirements to satisfy: -

These then are the two principal options available under English law but there is one alternative contractual provision that might provide the solution that a commercial party could rely on and that relates to the opportunity to incur a Change in Law clause.

In some contracts, an action or decision taken by governments and public authorities might trigger a change in law relief and compensation. It may be that a change in law by national government which has the impact of creating circumstances akin to Force Majeure criteria will be a strong argument that a change in law provision within your contract should be triggered. It is anticipated that governments will start to issue regulations (a change in law) which will impact on the ability of industry to meet contractual obligations entered into.  Castletown Law will be writing to the UK Cabinet Office today to draw the UK Government`s attention to this issue and to urge the government to consider carefully and quickly a position where they might introduce a position to regulate the requirements to manage the impact of COVID-19 and to include wording which will enable the regulation to be preyed in aid of mitigation under contractual obligations.

In circumstances such as those currently prevalent there is often a temptation to use the opportunity to suspend work or payments or both. Each contract will have rights accruing on suspension and it may be important to check that the relevant contract allows for payment of all work in progress and materials procurement to be paid for up to the point of suspension.

If you would like to discuss any of the issues raised in this bulletin, please do not hesitate to contact Simon Stuttaford or Andrew Renton. 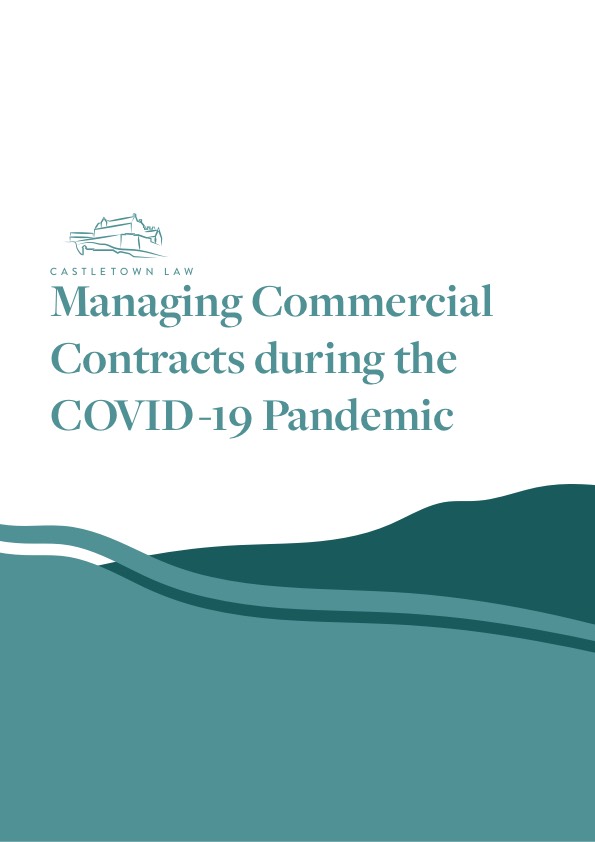 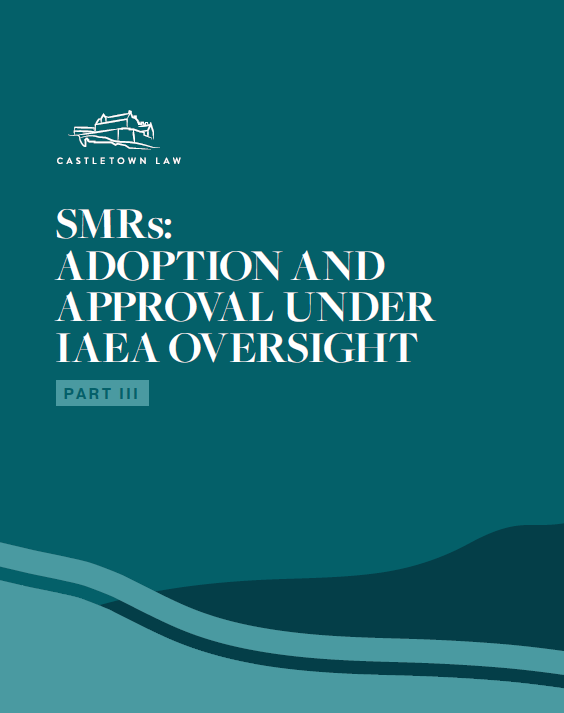 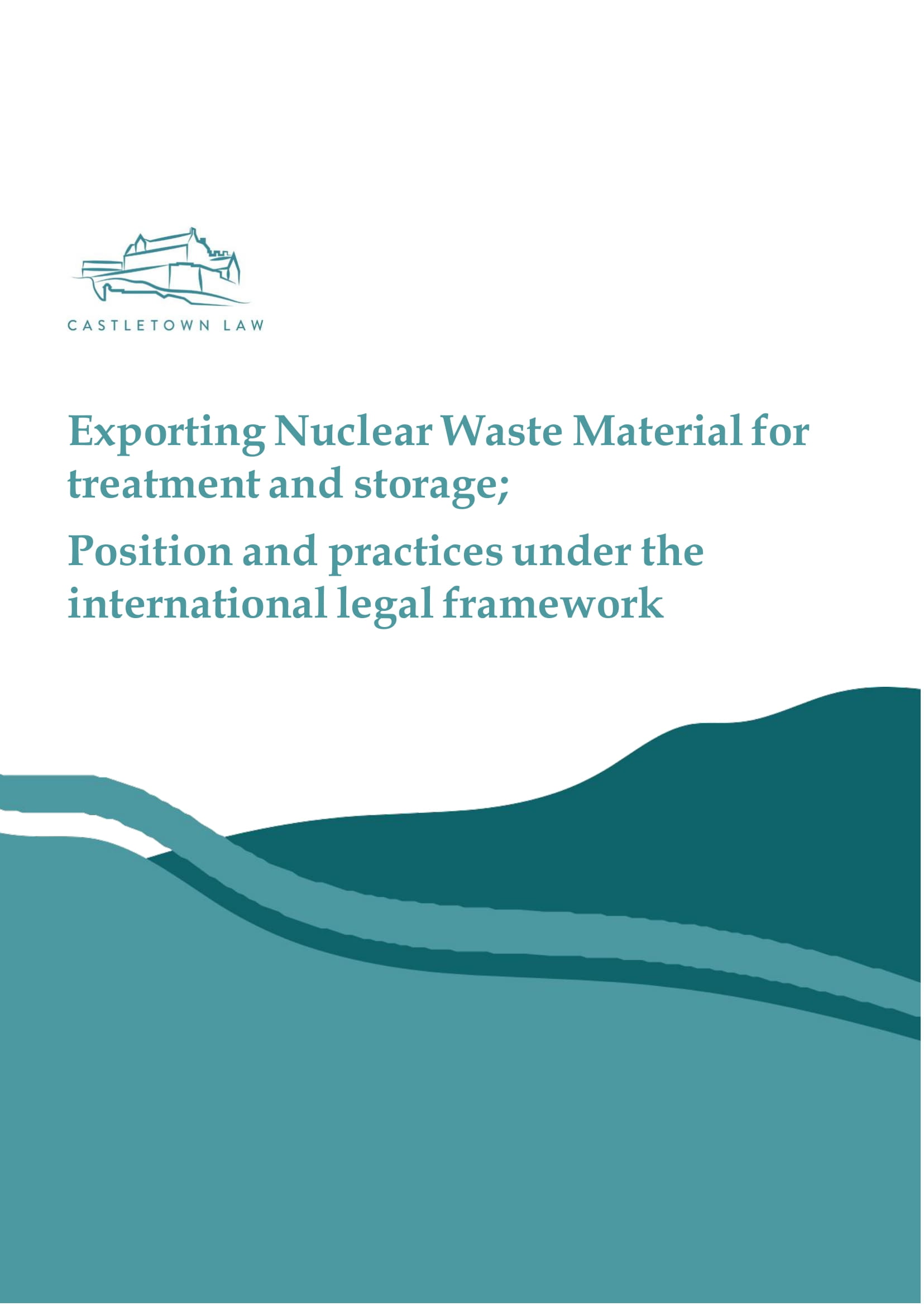